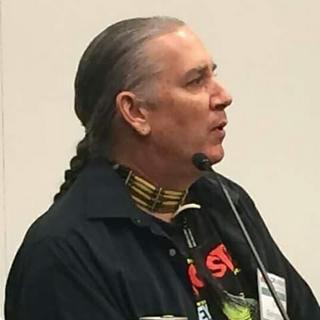 Owl Goingback has been writing professionally for over thirty years, and is the author of numerous novels, children’s book, screenplays, magazine articles, comics, and short stories. He is a three-time Bram Stoker Award Winner, receiving the award for lifetime achievement, best novel, and best first novel. He is also a Nebula Award Nominee, and a Storytelling World Awards Honor Recipient. His books include Coyote Rage, Tribal Screams, Crota, Darker Than Night, Evil Whispers, Breed, Shaman Moon, Coyote Rage, Eagle Feathers, and The Gift.

In addition to writing under his own name, Owl has ghostwritten several books for Hollywood celebrities. He has also lectured across the country on the customs and folklore of the American Indians, served in the military, owned a restaurant/lounge, and worked as a cemetery caretaker. He is a member of the Authors Guild, Horror Writers Association, International Thriller Writers, and the Science Fiction and Fantasy Writers of America.